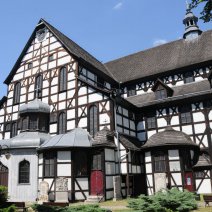 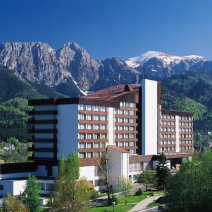 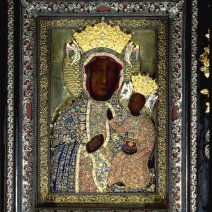 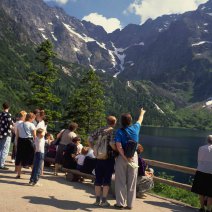 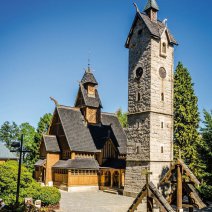 Arrival in Cracow, Poland’s former capital. Granting Cracow the title of the European City of Culture 2000 confirmed its international significance.  We suggest organising welcome dinner in one of the local restaurants in the Old Town. Overnight in Cracow.

City sightseeing tour of Cracow, which is often called the “Slavic Rome”. The Old Town within the area of Planty has been included on the UNESCO’s World Cultural Heritage list. You will see Europe’s largest medieval Market Square, the Cloth Halls, St Mary’s Church as well as the Royal Castle and the Cathedral on Wawel Hill. In the afternoon, you can visit  UNESCO salt mine of Wieliczka or the Royal Castle’s interiors. At the Jewish quarter of Kazimierz, you can listen to one of famous Klezmer concert (live) during which you can enjoy a tasty kosher dinner in a private, exclusive atmosphere. Overnight in Cracow.

During today’s excursion, you will admire the highlights of the Karkonosze Range and Mountains. Visit to Jelenia Góra, the biggest city in the region with its nice Market Square surrounded by arcades. Afterwards, you will see Poland’s third largest castle in Książ, which was erected in the 13th century to be later remodelled many times. The castle’s showpiece is the baroque Maximilian Hall, built in the first half of the 18th century. Available for visitors, the castle has 12 terraced gardens on the surrounding slopes.  In Karpacz, overlooked by dignified Mount Śnieżka (1,602 m above sea level) and picturesquely tucked away in the stark hilly scenery, the wooden Wang church is to be found. Many who have visited the place have had the impression that they were facing a Chinese pagoda or a Hindu temple. You can also take a chair-lift ride to Mount Śnieżka. We suggest  dinner at a local restaurant to taste the cuisine typical for this region. Overnight in the region of the Karkonosze Range.

After breakfast, we drive to Wrocław, the so-called Pearl of Silesia and European Capital of Culture 2016. City sightseeing tour of Wrocław. The Old Town Square was set up in the 13th century and is surrounded by burgher houses. The Gothic town hall built between 1327-1504 houses the city's historical museum. Wroclaw University is the biggest baroque building in town. Its Aula Leopoldina, the city's largest secular hall (late 17th century) is open for visitors. The oldest part of the city is the Ostrów Tumski Island that shelters a complex of sacral buildings with the Gothic Cathedral of St John the Baptist (13th/16th cc.). The Centenary Hall from 1913 was the world's first modernist structure made of ferro-concrete and built by the German architect Max Berg. Attempts are made to put the Centenary Hall on UNESCO's World Heritage list. We suggest organising a farewell dinner at a local restaurant with its own brewery in the Old Town. Overnight in Wrocław.