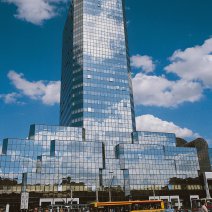 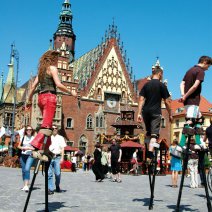 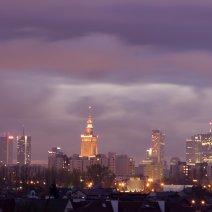 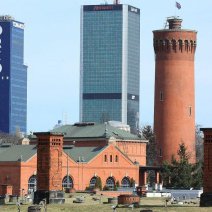 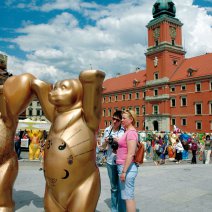 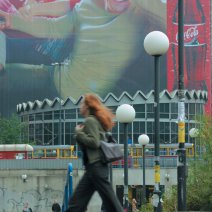 Arrival in Warsaw, Poland’s biggest city and booming capital with officially 1,7 million and unofficially 3 million inhabitants. During the orientation walk in the evening you will discover the atmosphere and the night life of the city. Overnight in Warsaw.

After breakfast the sightseeing tour of Warsaw, a fast-growing European metropolis. The huge, modern skyscrapers and hectic multi-lane-streets are in the big contrast to the quiet Old Town with its colorful tenement houses, Royal Castle, Barbican and St John’s Cathedral. In the afternoon we recommend a visit to one of Warsaw’s gigantic shopping malls. On request, we gladly arrange tickets to a cultural event in the evening. Overnight in Warsaw.

You leave Warsaw in the morning and drive to Poznań – the largest city in the Greater Poland Voivodeship with about 570.000 inhabitants. Tourists flock to the city centre where the Old Town Square contains a wealth of historical monuments and museums. The Renaissance Town Hall houses the Historical Museum of Poznan and the Museum of Musical Instruments is located nearby. Overnight in Poznań.

Drive to Wroclaw. Thanks to many new investments and renovations that have been achieved in the recent years, Wroclaw is often called the most beautiful city of Poland and became the European Capital of Culture 2016. The sightseeing tour of the biggest city in Lower Silesia with nearly 640.000 inhabitants includes the Old Town Square, Gothic Town Hall, St John’s Cathedral and Wrocław University with its baroque Aula Leopoldina. On request dinner at the famous brewery „Spiz” including beer tasting. Overnight in Wrocław.

Although Cracow is the second largest city of Poland with population amounts about 900.000 inhabitants, it does not appear as a large metropolis and preserved its own, unique flair and atmosphere. In the afternoon arrival in Cracow, check-in and free time or a guided orientation walk. Overnight in Cracow.

During the city sightseeing tour you will discover the historic buildings in the Old Town, registered on the UNESCO List of World Cultural Heritage. Very famous is Europe’s largest medieval Market Square with the Cloth Halls as well as St Mary’s Church with its Gothic pentaptych altarpiece carved in limewood. In the afternoon, optional visit to the Royal Castle and Cathedral on Wawel Hill or excursion to the famous UNESCO saltmine in Wieliczka. On request visit to a jazz concert in one of the numerous jazz clubs. Overnight in Cracow.

Drive to Łódź, the third biggest city of Poland with about 800.000 inhabitants. The sightseeing tour in the city of four cultures, which for many years was only perceived as a city of factories and textile industry. Visiting the biggest renovated site in Europe „Manufaktura”, the culture-entertainment-trade center of Łódź, that is a combination of modern forms, materials and architecture. The Piotrkowska Street is believed to be the longest commercial street in Europe. Overnight in Lodz.

Transfer to the airport in Warsaw and departure.