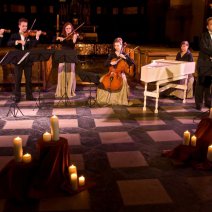 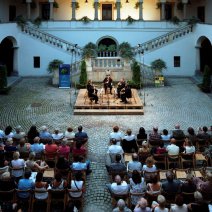 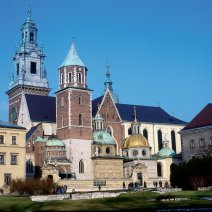 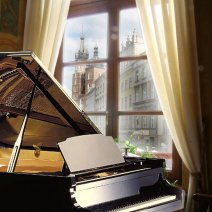 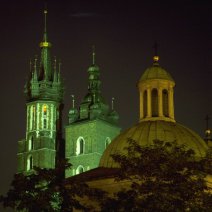 Arrival in Cracow. The city remained a royal metropolis between 1038 and 1596 and since then many Poles have regarded it as the most important spiritual centre of the country and as a monument of national identity. In  Renaissance, Cracow became a city of new ideas and culture that attracted the most outstanding writers, architects and musicians. In 2000, it confirmed its international significance, obtaining the title of the European City of Culture. Guided orientation walk on the Market Square. You can enjoy your welcome dinner in one of the Old Town restaurants. Overnight in Cracow.

After breakfast, a sightseeing tour of Cracow. The Old Town complex together with the Wawel Hill are on UNESCO’S World Heritage list. The Main Market Square constitutes the heart of Cracow and is the Europe’s largest medieval market square, where horse-drawn carriages, street musicians, jugglers and florists compete for tourists’ attention. In the middle, worth a visit are the Cloth Halls and gothic St Mary’s Church with main altar which was carved in lime-wood by a famous sculptor Veit Stoss. On the Wawel Hill you can admire the majestic Royal Castle and the Royal Cathedral, with the pearl of the Renaissance, the Sigismund Chapel. In the royal chambers, there are exhibited so-called arras - unique tapestries ordered by King Sigismund Augustus. Worth visiting is also Czartoryski Museum, with some precious examples of European painting with the famous “Lady with an Ermine” by Leonardo da Vinci. In the afternoon, you can visit the world-famous UNESCO salt mine in Wieliczka. In the evening, visit to an exclusive concert of classical music in the historical interiors in the Old Town, performed by famous Polish pianists and artists. Overnight in Cracow.

Drive to Tyniec, a small village in the past, today a borough of Cracow. On the step bank of the Vistula River are perched the picturesque buildings of the Benedictine Abbey dating from the 9th century. The abbey is awaiting registration on UNESCO World Cultural Heritage List. During the sightseeing tour, you will have an opportunity to visit the Benedictine Abbey with its baroque interiors and learn what life in the monastery is like. The highlight is the concert of Benedictine choral songs performed by the Benedictine Schola, a choir fulfilling an important function in the life of the monastic community. You drive back to Cracow and visit the Jewish quarter of Kazimierz, where almost 70,000 Jews lived before the 2nd World War. Preserved until today, in Kazimierz, are numerous monuments of Jewish, especially sacral architecture. The most important site on the route is Szeroka Street with as many as three temples, including the most precious Old Synagogue from 15th century. Beside the Renaissance Rehmu Synagogue, there is the historic kirkut, i.e. a Jewish cemetery, dating back to 1511. In the evening, we recommend a kosher dinner at a Jewish restaurant with Klezmer concert (live) performed by a well known Jewish ensemble, during which, you can enjoy a private, exclusive atmosphere. Overnight in Cracow.