Before the outbreak of World War II, Poland was home to one of the biggest Jewish communities in Europe and was an important spiritual, cultural and religious center. Already in the 11th century, Poland was very hospitable and therefore many Jews came here. Three centuries later, the Polish King “Kazimierz the Great“ gave all civic rights and the right to free religion to the Jews who were organized in communities. Most of the 3,5 million Jews living in Poland died during the Holocaust and in 1945 only 300.000 citizens of Jewish faith lived here. Due to the following wave of emigration, these days Poland hosts only a small Jewish community, which is nevertheless very active. The Polish Jewish Festivals are known all over the Europe. 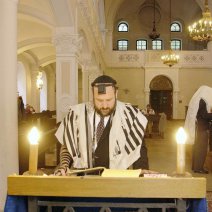 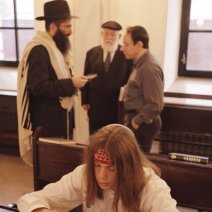 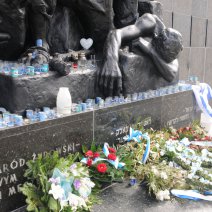 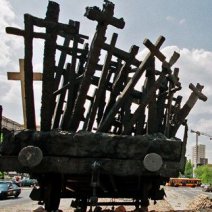 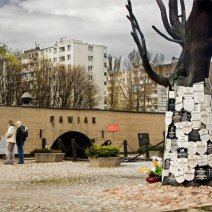 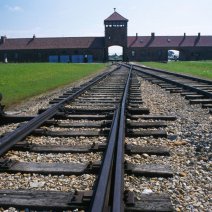 Arrival in the Polish capital and check in. Dinner at a Jewish Old Town restaurant on request. Overnight in Warsaw.

Breakfast and city sightseeing tour of Warsaw incl. the area of the former ghetto. Out of three synagogues that existed before the World War II, only the Nozyk Synagogue is still there; the Jewish community has been using it since 1983. On Ludwik Zamenhoff Street, there is the Monument to the Heroes of the Ghetto. In front of the monument, Willy Brandt, the German Chancellor, kneeled down in December 1970 asking for forgiveness in a gesture of humility. The Memorial Route to the Struggle & Martydrom of Jews (1940-1943) begins at the Museum of the History of Polish Jews. The next stop is the Umschlagplatz Memorial, commemorating the place from which over 300.000 Jews were deported to death camps. Nineteen granite blocks on the route remind about important persons and events related to the fights in the Ghetto area. On Okopowa Street, there is a Jewish cemetery, a burial place to more than 200.000 people. After a visit to the Pawiak prison of the Gestapo, a guide for a visit to the Old Town can be booked on request. Overnight in Warsaw.

Excursion to Łódź and city sightseeing tour. With about 900.000 inhabitants, Lodz is Poland’s third biggest city. Because of its many textile factories, it is known as “Polish Manchester“. Thanks to Jewish textile manufactures, in the 19th century Lodz developed into a world center of textile industry. On the site of the former ghetto, visitors can find the monument to the thousands of Jewish victims who did not survive the occupation. The Jewish cemetery, founded in 1884, is the biggest in Europe. Drive back to Warsaw and overnight.

You leave the Polish capital and go for a visit to Kazimierz Dolny, a small picturesque town with rich Renaissance architecture. From the Middle Ages to the Holocaust many Jewish families lived here. After a sightseeing tour including Jewish Cemetery, drive to Majdanek, a suburb of Lublin. Here, you participate in a guided visit to the former death camp, where 120.000 people died. A mausoleum and a monument to the victims are on the area. Overnight in Lublin.

In the morning, a city sightseeing tour of Lublin with a synagogue from the 19th century and a commemorative table in its interior. Many important people are buried on the 16th century Jewish Cemetery, e.g. Zaddik Jakub Icchak Horowitz, better known as the ”Clairvoyant of Lublin“. Overnight in Zamość.

Drive to Łańcut and visit to the former Jewish Cemetery from the 17th century with the tomb of the famous ”Zaddik from Ropczyce“. Inside the baroque synagogue, visit to the Museum of Judaism. Overnight in Cracow, where dinner can be arranged in a typical Old Town restaurant. At the end of the day, guided Old Town walk in Cracow.

In the morning, drive to the concentration and death camps of Auschwitz and Birkenau incl. a film about the liberation of the camp. Return to Cracow and guided walk through the Jewish Quarter of Kazimierz. Almost 70.000 Jews lived in Cracow before World War II. Today, the Jewish community is much less numerous. However, from year to year the interest in Jewish history and culture is growing, focusing around the Jewish Quarter. Here, in 1993, the American film director Steven Spielberg filmed the story of a German businessman Oskar Schindler in authentic surroundings. In the early 1990’s, a Jewish cultural center was founded in a former prayer house. The seven local synagogues were gradually renovated and the 15th century synagogue has been turned into a Jewish Museum. The management of the Isaac’s Synagogue attempts to reconstruct the lost world of Cracovian Jews. In the evening, a visit to a Jewish Klezmer concert is possible. Overnight in Cracow.