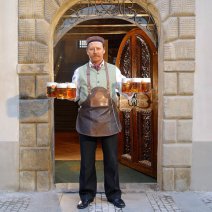 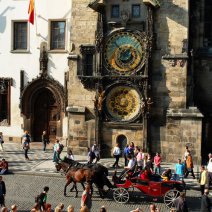 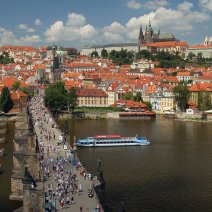 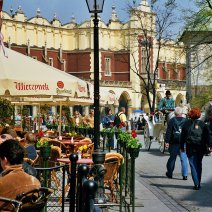 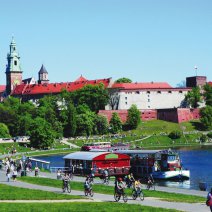 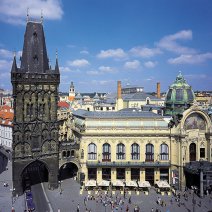 Arrival in Prague, the capital and the largest city in the Czech Republic. Situated on the Vltava River, Prague has been the political, cultural, and economic center of the Czech state for over 1100 years. On request a guided orientation walk. Overnight in Prague.

During today’s city sightseeing tour of Prague you will discover all highlights of the city. The Old Town, founded in the 10th century, is a matrix of twisting cobble-stone streets that lead into Prague’s Old Town Square. Architectural treasures from every century have been preserved to create an enchanting blend of history. The square is framed by the Old Town Hall with Astronomical Clock, which was built in the Middle Ages and reconstructed in the 16th century. At every full hour between 8 a.m. and 8 p.m. you can watch the procession of the 12 apostles passing by Charles Bridge. It is the oldest preserved Gothic bridge in the city, build in the years 1357 - 1407 under Charles IV, which connects the Old Town with the Lesser Town. On the Old Town end there is the Church of the Knights of the Cross on the right side and the facade of the Church of St. Saviour, a part of the Clementinum, the former Jesuit College. The Old Town Bridge Tower from the 14th century, is said to be the most beautiful Gothic gateway in Central Europe. Since 1992, the historic center of Prague was included in the UNESCO list of World Heritage Sites. In the afternoon, free time for individual visits or shopping. You can visit the Prague Castle „Hradcany”, which is the largest ancient castle in the world or take a boat cruise on the Vltava River. You will enjoy dinner at a typical Prague beer restaurant. Overnight in Prague.

You leave Prague in the morning and drive to Polish Cracow. On the way, worth a visit is Olomouc, the biggest city in the Moravia, in the east of the Czech Republic. It is well known for its world famous curd cheese, with a characteristic aroma, whose tradition of production was started in 1876 by Alois Wessels. The present generation of Wessels heirs carries on the production of cheese according to an ancient family recipe in two plants, with an annual output of 2,000 tonnes. One of them contains a museum dedicated to the history of the genuine Olomouc curd cheese. On request, a city sightseeing tour of Olomouc and visit to the curd cheese museum. Overnight in Cracow.

After breakfast, a city sightseeing tour of Cracow, Poland’s former capital situated at the Vistula River. The Old Town complex together with the Wawel Hill are on UNESCO’S World Heritage list. The main Market Square constitutes the heart of Cracow and is Europe’s largest medieval market square, where horse-drawn carriages, street musicians, jugglers and florists compete for tourists’ attention. In the middle stand Cloth Hall and the gothic St Mary’s Church with main altar which was carved in lime-wood by the famous sculptor Veit Stoss. On the Wawel Hill you can admire the majestic Royal Castle and the Royal Cathedral, with the pearl of the Renaissance, the Sigismund Chapel.  In the royal chambers, there are exhibited so-called arras - unique tapestries ordered by King Sigismund Augustus. The medieval university building of Collegium Maius houses an unique collection of astronomical instruments. You can spend the afternoon at leisure. We suggest visiting the Royal Castle and Cathedral on Wawel Hill or the Jewish quarter of Kazimierz, where we can arrange dinner with Klezmer music concert in unique and unforgettable atmosphere. Overnight in Cracow.