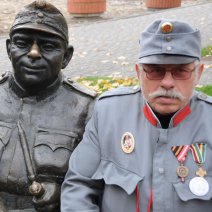 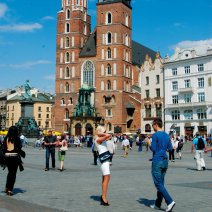 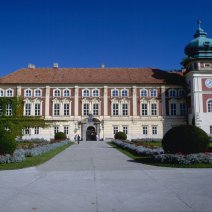 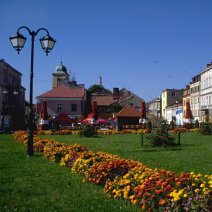 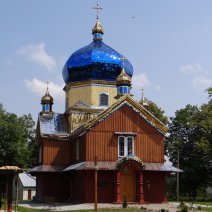 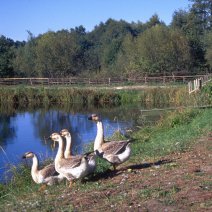 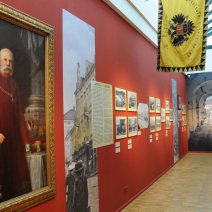 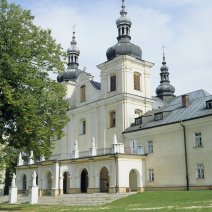 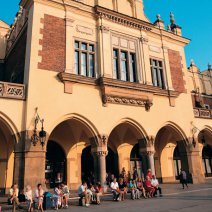 Arrival in Cracow, Poland’s former capital, or Warsaw. Domestic flights from Warsaw to Cracow are available. On request, a welcome dinner at a local restaurant in the Old Town. Overnight in Cracow.

After breakfast, a city sightseeing tour of Cracow, often called the “Slavic Rome”. The Old Town within the area of the Planty has been included on the UNESCO’s World Cultural Heritage list. You will admire Europe’s largest medieval Market Square, the Cloth Hall, St Mary’s Church, with its famous gothic pentaptych altarpiece carved in limewood as well as the building of Jagiellonian University and the Royal Castle and Cathedral on Wawel Hill. The afternoon is free for individual visits and sightseeing. We recommend a visit to the Royal Castle’s interiors with an exhibition of  the so-called arras - unique tapestries, or a sightseeing tour of the Jewish district of Kazimierz. We can arrange dinner with a Klezmer concert (live) at one of Jewish restaurants located there. Overnight in Cracow.

You leave Cracow and drive to Wieliczka, where you will have a possibility to visit well-known UNESCO salt mine with its famous St Kinga’s Chapel at the depth of 101m. The next stop is Tarnów, a city with charming Galician atmosphere, located the foot of the Carpathian Mountains. During the sightseeing tour you will visit the historical city centre with Renaissance Town Hall, Half-Bastion, the semi-circle-shaped tower as well as the Cathedral and Bimah, which is the only preserved part of the oldest Tarnów synagogue erected in the 17th century. Overnight in Rzeszów.

In the morning, a sightseeing tour of Rzeszow’s Old Town including the Market Square with typical for this region, underground cellars and corridors. Drive to Łańcut, where stands one of the country’s most important magnate residences. The palace in Łańcut was built in the early 17th century. It is surrounded by a system of fortifications with bastions and by a landscape park. In the old stable and coach-house building there is one of Europe’s largest museum of carriages. The next station is Jarosław. In the past, the biggest corn market in Eastern Europe was organised there. Worth a visit is the Town Hall from the 16th century, once in possession of the rich Orsetti merchant. Drive to Krasiczyn and overnight at the castle.

The castle and park complex in Krasiczyn is one of the greatest treasures of Renaissance-Mannerist architecture in Poland and also one of the most beautiful castles in Europe. On request, a sightseeing tour of castle’s interiors. After that, drive to Przemyśl, situated close to the border with Ukraine, a city of many cultures, with numerous secular and sacral buildings. St John’s cathedral, originally Gothic with later Baroque alternations, is one of the major highlights. The Przemyśl Fortress is Europe’s third largest stronghold of this kind after those in Antwerp and Verdun, representing the highest achievement of military art from the 19th and 20th centuries. After the sightseeing tour, drive to Polish-Ukrainian border and farther to Lviv. Overnight in Lviv.

Lviv was the biggest city in former Galicia and after Vienna, Prague and Budapest, the fourth largest of Habsburgs’ Empire. According to historical records Ukrainians, Armenians, Poles, Germans, Jews, Greeks, Italians, French and Scots have all lived on the territory of Lviv and every nation has left here a bit of their tradition, history and culture . Today’s Lviv is a well-developed city, a treasure-house of the cultural and artistic riches of its past inhabitants. During the sightseeing tour you will admire the highlights of the city including the Old Town, the City Hall, surrounded by a fascinating variety of beautiful mansions with their renaissance and baroque facades, an original Armenian church and the ruins of the Golden Rosa Synagogue built in Renaissance style in 1582 as the main synagogue of the Jewish community. Afternoon is free or you can visit the magnificent interiors of the Opera Theatre from the 19th century. In the evening, dinner at one of the typical Galician restaurants. Overnight in Lviv.

After breakfast, you leave Lviv and the former Galicia region and drive to Kiev, the capital and the largest city of Ukraine with 2,7 million inhabitants, located in the north-central part of the country on the Dnepr River. It is an important industrial, scientific, educational and cultural centre in Eastern Europe with world-famous historical landmarks. Arrival in Kiev and overnight.

During today’s sightseeing tour, you will visit the most interesting and famous city’s attractions including the Cathedral of St Sophia with outstanding mosaics and frescoes dating back to the 11th century, Kievo-Pecherskaya Lavra featuring several monasteries and cathedrals built over a thousand years ago over a labyrinth of caves and placed on UNESCO list of World Heritages and the Golden Gate of Kiev, which date back to 1037. Worth seeing is also Ukrainian Baroque Church of St Andrew, the magnificent 19th-century Cathedral of St Vladimir and recently renovated Opera House. You take a walk along the main street of the city of Khreschatyk, admiring its architecture, fountains, greenery and the blossoms of the famous Kiev chestnut trees. The central point of the boulevard is the Majdan Nezalezhnosti, what means Independence Square. On request, we can arrange a boat cruise on the Dnepr River. In the evening, you will enjoy the farewell dinner, tasting the Ukrainian specialties at one of the local restaurants. Overnight in Kiev.